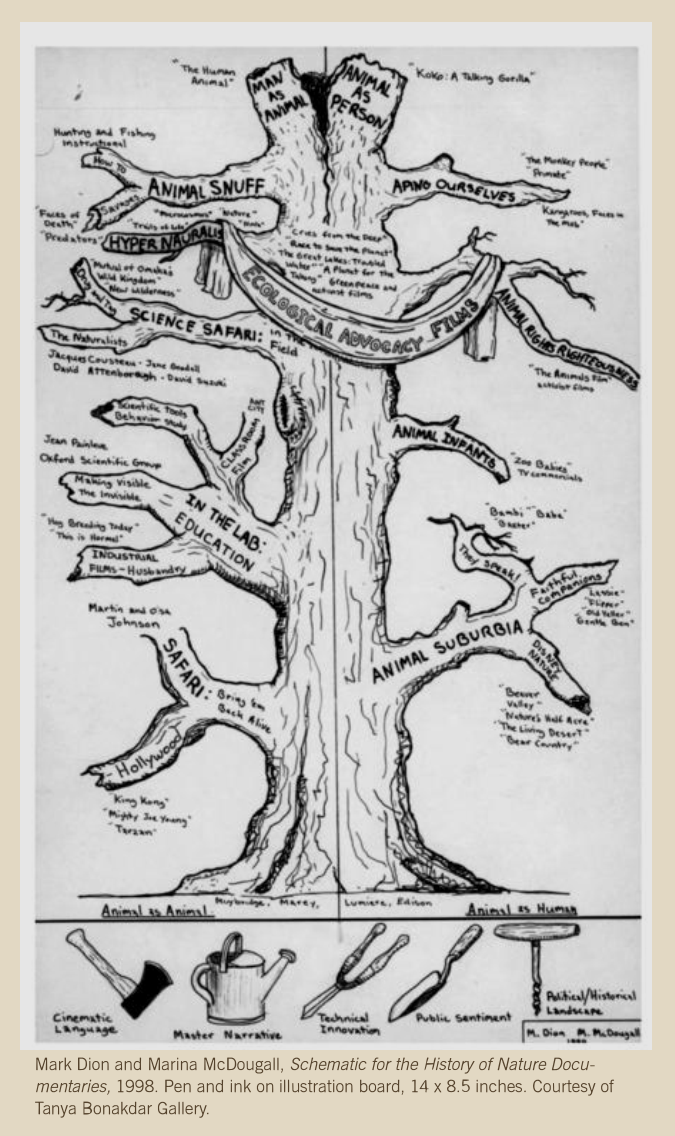 This is a diagram I came across a few months ago in a book called Watching Wildlife by Cynthia Chris.  I know the work of one of the artists who created the diagram - Mark Dion. I looked at Dion's work closely for my undergraduate thesis and later article on Science and the Eclipse of the…Read more The ‘taxonomy’ of nature cinema and popularising science

Cathy Fitzgerald reviews ecocinema book Film and the American Moral Vision of Nature: : Theodore Roosevelt to Walt Disney (2011) by Ronald B. Tobias. This book discusses nature dioramas of the early 20th century and 'how such animal exhibits conveyed a suspended visual statement of the newly understood superior natural order of nature, a new moral vision that became a powerful analogy to the rising and powerful modern America'. And later the repercussions: 'Throughout American nature cinema, from early films of the American West, to Africa and the South Pacific, to Disney’s animations and TrueLife nature documentaries...reveals that much of American nature film is 'couched nature within a uniquely American moral code' and imperialistic perspectives'