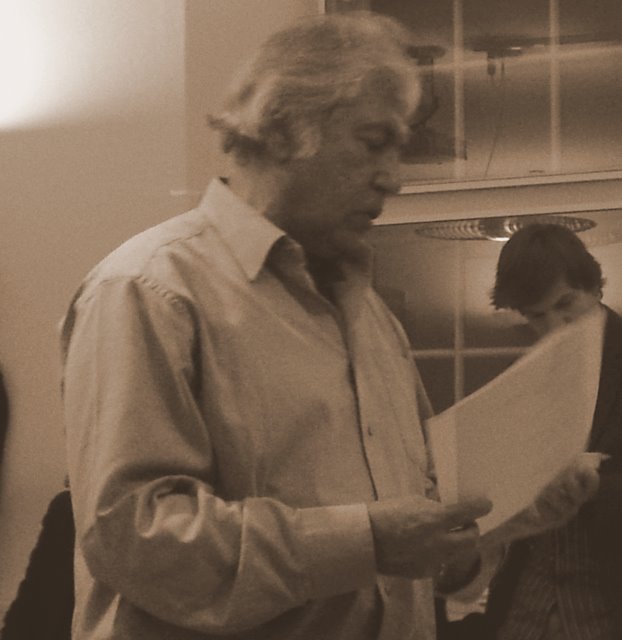 ‘I hear of press conferences of petitions, of signatures of campaigns & lobbying but no words will come…’

The lines in the heading are a quote from an amazingly heartfelt poem Requiem for a Rainforest by celebrated Malaysian poet/lawyer, Cecil Rajendra. Cecil read it during the keynote presentations at the first Culture |Futures Symposium at the UN Climate summit, Cop15.

I went up to him later to thank him for this poem and his reading and he was delighted to hear about Ireland – he’s been here in the past and was so taken by the respect shown to poets in Ireland. Mind you, I think if Ireland really did respect poetry more it wouldn’t have got so caught up in the Celtic tiger’s uncontrolled building / banking crisis.

Cecil’s ‘If Politicians were Trees’ (oh what a bonus it would be, if we, their constituents could hack them down each time they became a nuisance – if only politicians were trees!),

And ‘On Not Being Able to Write a Poem Celebrating the Erection of Another Multi-storyed Complex’ should be on the school poetry reading lists around the world. He later gave another short reading and I feel so lucky to have 2 of his books now Rags & Ragas and Dove on Fire: poems on peace, justice and ecology, as I often find good ecological poetry, particularly on forests, so hard to come by.

He has also read some beautiful rhymes he had created for his daughter, and which the child in all of us enjoyed. They are based on old nursery rhymes- instead of ‘London Bridge is falling down‘ he created

instead of Jack and Jill going up the hill, to get some water, his lines were

‘when they got to the hill ‘they found it bare and stripped of all vegetation… the last line was deliciously funny too ‘with no protection, from the sun’s radiation, Jack contracted skin cancer and Jill followed soon after’.

On reflecting on all that was not achieved for so many poor and vulnerable nations at the UN COP15, it was heartening to think afterwards how valuable Cecil’s voice has been in offering an alternative vision amongst the unrelenting social, justice and ecological crisis in his homeland. His poetry is universal too, as to a greater and lesser extent, the same crisis are happening throughout the world. And I was reminded too, of the power of art to prick and irritate the consciousness of those in power. I later discovered that when his poem Requiem for a Rainforest was published in the early 1990s, his passport was impounded due to his ‘anti-logging’ stance but after an international campaign it was later returned to him.

Cecil ‘s works have been published widely by WWF, UNESCO, Oxfam, Unicef, BBC, National Geographic and he was nominated for the Nobel Prize in Literature. As a London trained lawyer he returned to his homeland and started Malaysia’s first rural legal aid centre for farmers, fishermen and factory workers.

He also read this work: No Celebratory Song… I’ve quoted a few lines below from this poem, they resonate with how I, and I expect many of us feel at the moment, if we understand what wasn’t achieved in Copenhagen.

‘I shall sing no celebratory song

so long
as our rivers and streams
our oceans and trees
our birds, our fish
our butterflies and bees
are strangled, stifled
polluted, poisoned
crushed, condemned…
by lop-sided development’

Thank you Cecil and I hope Poetry Ireland will invite him back soon!

2 thoughts on “‘I hear of press conferences of petitions, of signatures of campaigns & lobbying but no words will come…’”